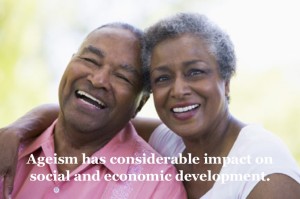 Four of a nine-part series of articles on ageism.

One of the places where age discrimination can be found is in the workplace. For this reason, the Age Discrimination in Employment Act (ADEA) was adopted by Congress in 1967 for workers 40 years of age and over. However, retirement was still mandatory at age 65 until a 1986 amendment by Congress to the ADEA made mandatory retirement for most jobs illegal. Up until then, workers were expected to receive their gold watch, Social Security (which began in 1940) and, if lucky, a pension and head off to a life of leisure.

During the 20th century, life expectancy rose from 47 years of age to over 70 years of age. This increased the burden on Social Security. In the 1980s, the nation was warned that Social Security was in danger of insolvency. A 1983 Amendment phased in a gradual increase in the age for collecting full Social Security retirement benefits. But will this be enough?

As Peter Cappelli, a management professor at the Wharton School of business and coauthor (with former AARP CEO Bill Novelli) of the book Managing the Older Worker wrote, “Every aspect of job performance gets better as we age. I thought the picture might be more mixed, but it isn’t. The juxtaposition between the superior performance of older workers and the discrimination against them in the workplace just really makes no sense.”

“Human Resource Departments and electronic resume screening are among the most ageist practices in the U.S.,” according to G. Richard Ambrosius who was appointed by President Reagan as the youngest member of the National Advisory Committee to the 1981 White House Conference on Aging.

Due to these deep-rooted stereotypes, unemployment rates are higher than they might be as older unemployed workers are passed up when looking for a new job. This underutilizes the skills and experience we acquire after many years of working and may lead to emotional and/or financial problems.

The older worker, like employees at various stages of life, confronts both challenges and opportunities. With our age, we bring highly developed skills to the workplace and face on-the-job challenges with the benefit of life experience. Further, we will usually bring a strong work ethic that is a valuable influence and contribution to the workforce. Unfortunately, the ageism that exists can keep older workers from fully participating in the workplace and society, which actually creates more of a burden on society than if the older worker were fully integrated into it.

If older adults did not have to face the barriers to employment that ageism creates, our country would benefit by less dependency on social programs that bear the greatest weight of unemployment caused by ageism in the workplace. The consequences of unemployment or forced retirement while still being knowledgeable and skilled members of the job pool are shared across society, and not limited to the individuals and families affected by ageism in the work-place.

The year 2019 is a totally different world than the world of 1919, but as a society, we are still dealing with belief systems that took root a century ago. It’s easy to cut down a tree, but not so easy to remove the root structure upon which that tree grew. In 2019, a day and age when 10,000 people are turning 65 every day, society, as it always has, will reap the positive or negative outcomes of its social policies, or lack thereof.

Much work needs to be done from the local to the national level to successfully integrate older workers in the workplace and adjust social programs to meet the needs of a changing older population. Barriers faced by older workers in the workplace were identified and addressed locally in 2003-2004 through the Senior Friendly Workplace Initiative. This initiative was funded by West Central Initiative’s Workforce Development Council and carried out by the Fergus Falls Senior Citizens Program, Inc.

Despite warnings from demographers and aging experts that began in earnest in the 1980s, social policies and workplace attitudes towards older workers have not kept up with the changing needs of an aging population or our nation’s social policy response. We must continue the conversation on ageism in the workplace to benefit individuals, as well as the country.

American ingenuity has carried our society through some pretty tough times. In almost every case, it has called for change. Change is exactly what is called for in our definition of the workplace and retirement. We must challenge outdated belief systems, workplace cultures, social programs and ways of dealing with issues such as employment and retirement for a better and just future for all.