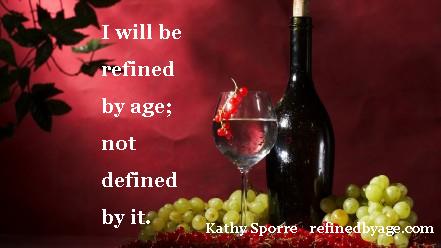 One of a nine-part series of articles on ageism.

Few people outside of those who work in the aging sector have heard the term ageism. Some people may be more familiar with the term age discrimination, which means the same thing.

“Ageism,” according to the FrameWorks Institute, “is discrimination based on prejudices about age. When ageism is directed at older people, it often involves the assumption that older people are less competent than younger people. Ageism has a negative impact on older people throughout all areas of life.”

A perfect example of ageism is one that most people who live in Fergus Falls are familiar with. In fact, it’s so familiar that some people call it the Mantra of Fergus Falls: Old people, police and geese. The few times I’ve heard or read it, it was used negatively, to describe an undesirable state of the city. I don’t know who started the mantra, but it’s been around for decades. Now as adults, residents of Fergus Falls repeat the mantra we learned as children.

Ageism as a term was introduced by the late Dr. Robert Butler in 1968 “to take advantage of the effectiveness of the terms racism and sexism in identifying and promoting changes in attitudes,” according to the report, Ageism in America, by Dr. Robert Butler.

During the last century, we have gained an additional 30 years of life; more than was attained during the previous 5,000 years. For the most part, this has been a positive change. Unfortunately, for the older adult, it ushered in the era of ageism.

Older adults were once revered for our knowledge and experience during the agricultural economy. Then during the industrial age, we were pushed from the center of society to the outskirts. We were then often looked upon negatively, as a burden to our families and society at large; especially prior to Social Security which started in 1940.

The concerns and fears of decline in physical and mental function that come with older age, even death itself, led society to look away from old age in neglect, or at it with contempt. This was due largely because we were unable to come to grips with our own aging process. We were in what has been termed age denial. To this day, old age is still perceived to be 10 years beyond whatever age we are.

Most people don’t even realize they are being ageist, and I believe we have all been guilty of it – at least unintentionally. This is known as implicit bias – attitudes or stereotypes that affect our understanding, actions and decisions in an unconscious manner. Since we were children, these negative stereotypes of aging have been placed in our brains through media and marketing such as over-the-hill birthdays with black balloons in tow.

As a matter of fact, older people even unknowingly do it to themselves. Such as when we say, “I had a senior moment.” Do children, teenagers and young to middle-aged adults ever forget? I think we all know the answer to that is a resounding, “Yes!” For all ages, barring diseases of the brain such as dementia and Alzheimer’s, forgetfulness is more due to a lack of mindfulness.

“All Americans have a right to participate fully in our democracy, our economy and our community life. But right now, society starts to exclude us as we age. Americans are living longer, but our systems and structures haven’t been adjusted so that older people can stay involved. Instead, workplace policies and other features of everyday life, have the effect of isolating and marginalizing older adults. To build a just, more inclusive society, we need to take steps to prevent social isolation of any group,” according to the FrameWorks Institute.

At the Senior Center where I have worked for 28 years, we focus on adding healthspan to lifespan. Gone from this organization is the subtle bigotry of low expectations of our older citizens. Here to stay is the celebration of aging and all that older citizens continue to contribute to society.

I hope you will follow along with this series of articles and memes on ageism to learn more about it, so these implicit or unintentional biases can be challenged when they come up. Awareness of these biases will help us all become less likely to act on these snap judgments and more likely to treat people fairly, regardless of age. Ageism affects us all – or will – unless we have important conversations that lead to changes in attitudes, policy and practice.