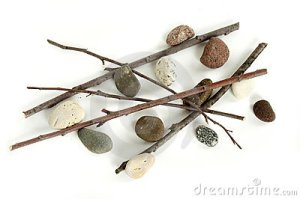 How much weight does a word carry? We’ve all heard it said, “Sticks and stones can break my bones, but words will never hurt me.” Is that really true?

People-First Language, “a form of linguistic prescriptivism aiming to avoid perceived and subconscious dehumanization when discussing people with disabilities” (Wikipedia) believes that words can hurt. That’s why they have advocated to “impose a sentence structure that names the person first and the condition second.” (Wikipedia) Hence, the change from handicapped to people with disabilities.

Is People-First Language appropriate for the aging sector? I know from experience gained by participating in national forums that what we call people who are older is a hotly contested debate. From all accounts, the appropriate terminology seems to be subjective and as varied as the individual. But, is the lack of People-First Language in the aging sector perpetuating the unrelenting stereotypes of decline and diminished value that have been attributed to people who are older? Can terminology really become a box that confines people to the stereotypes ascribed to them?

People-First Language believes, “As a society’s language changes, as we talk about PEOPLE FIRST:

Or is prescriptive language but a ruse when the real changes in attitudes and perceptions are brought about by the integration and contributions made to society by people with disabilities and people who are older. Is it integration that demystifies the stereotypes that have been perpetuated more by ignorance than anything else?

Could the past models of retirement have hurt the perceptions of people who are older more than anything they are called? Could the marketing of retirement communities where people are enticed to take up residence in the sun for endless rounds of golf and self-indulgence around the pool and shuffleboard courts caused a disconnect between society and people who are older?

I recall Aesop’s Fable of “The Lion and the Mouse” where the removal of a nagging but seemingly insignificant sliver in the foot of the lion completely changed the relationship between the two from adversaries to friends. Are the words we use the sliver in the foot of society? Or is the problem segregation created by outdated models of retirement established over 50 years ago?

Questions like these need to be pondered by advocates in the aging sector to release people who are older from the bondage of the stereotypes that lead to ageism.

What do you think?

I have worked in the aging field for over 29 years, serving on initiatives at the national and international levels. I want to help people become Refined by Age® by encouraging them to age intentionally through developing the Seven Dimensions of Wellness in their lives: spiritual, emotional, physical, intellectual, social/cultural, environmental, vocational. I also want to help people become aware of age discrimination - a form of discrimination that is entrenched in society.